The Magnolia is a flower highly appreciated by lovers of botany, for its natural characteristics, its medicinal properties and above all for its smell and beauty. If you are a fan of flowers and want to know more, here we will tell you the meaning of the magnolia flower and everything you need to know about it. 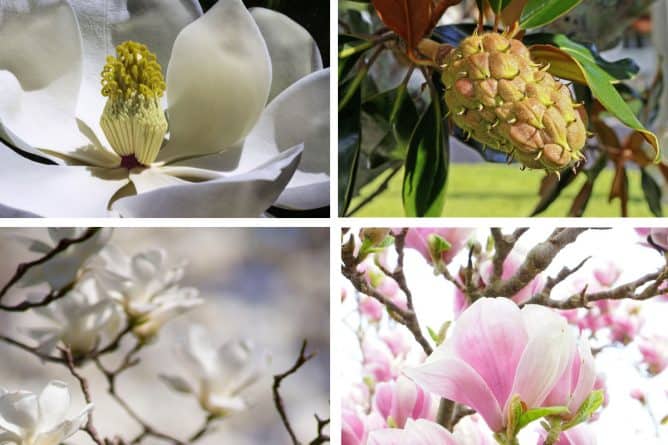 What is the origin of its name?

The name of the Magnolias comes from the first botanist to make a scientific description of the same, the French Pierre Magnol, renowned botanist of Mont Pellier during the period from 1697 to 1709.

Pierre Magnol was recognized for describing more than 2,000 botanical species, including the M. Virginiana, discovered in North America in 1680, this was the first magnolia scientifically described.

What countries are they in?

Although the Magnolia was discovered in USA, the Magnolia flower tree or also known as Magnolia, can be found in the Southeast Asia, specifically in Japan, some places in the Himalayas, the island of Java and in various places in Central America, like Mexico.

History of the magnolia flower

Magnolias are considered a living fossil, they appeared on earth 5 million years ago, but species of the same family have been found fossilized with more than 20 million years and up to 95 million.

Although it is named after the scientist who made the first description of the flower, from the 16th to the 19th century, various scientists point out its medicinal uses:

Magnolia has been used for decades as ornamental tree in gardens, walks and parks, but this beautiful tree that it is a living reflection of dignity, nobility and majesty, it also has a good quality wood that cabinetmakers highly appreciate. 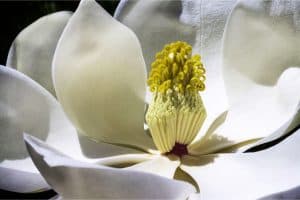 The White Magnolia is the best known Magnolia, also called Magnolia grandiflora. They are fragrant white flowers, about 30 cm, with 6 to 12 petals and a waxy texture.

This was the first scientifically described magnolia and it is the one that is found throughout the world today. 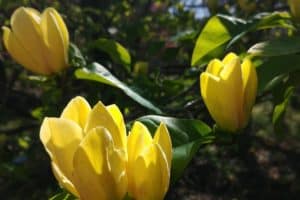 The yellow magnolia flower is called magnolia acuminata, is characterized by being smaller than the rest of the magnolias. When they begin to flower they have a green color that later turns yellow when they reach maturity. Yellow flowers have a mysterious meaning, but it is also associated with youth and vitality. 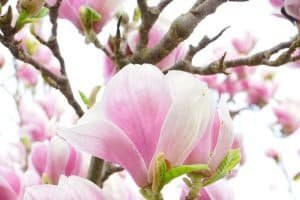 This Magnolia is a hybrid, also known as Soulange Magnolia or Tulip Magnolia. Its leaves have an elliptical shape and are wide, whitish but covered by a pink color that is more intense towards the base. The pink flowers they are associated with love and delicacy, but they can have more meanings.

The magnolia flower is given various meanings, but many are related to the grandeur and magnificence that the size of the tree gives, and others for the splendid beauty and sweet and subtle smell of the flower.

One of the meanings is that of the royaltyIt was a tradition of the Chinese emperor to give a magnolia flower to the esteemed person and it was considered a symbol of respect. In ancient China it was identified with femininity, sweetness and love for nature.

Relates to love, sympathy, exotic and splendid beauty, whereby it is quite common in bridal arrangements, used to highlight the bride in the most important moment of her life.

The magnolia flower when appearing in springThey are also related to the beginning of a cycle or a stage, so it is also a good gift for a loved one or perhaps for a person who is going through a change in their life.

Curiosities about the magnolia 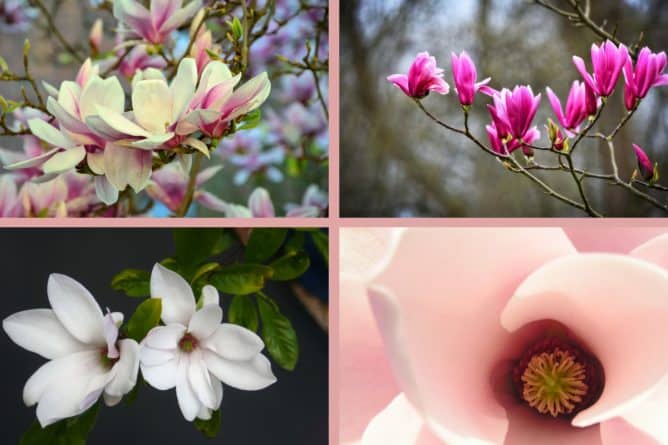 They appeared before the bees!

Having appeared before the bees, were developed to be colonized by beetles, so they have hard carpels to avoid damage.

It's the official flower of Mississippi!

Medicinal use of magnolia

As has already been said, the magnolia stood out since the 16th century for its medicinal uses, but today it is still used especially for epilepsy and neurosis in general.

Magnolia is also used to lose weight or to prevent weight gainAlthough there are no definitive studies, it is believed that magnolia regulates cortisol, which is a hormone related to being overweight. This flower also has anti-inflammatory properties, it is used for headache, asthma, congestion, toothache, flu, etc. The properties of the magnolia flower are impressive!

Magnolia is ideal for perfumery

There are many perfumes that use magnolia petals in their preparation. As the Hyancinth Ombre, by Tom Ford; Magnolia Eau de fleur, by Kenzo and Tommy Girl Summer 2017, by Tommy Hilfiger; But just like you are, there are many more on the market. 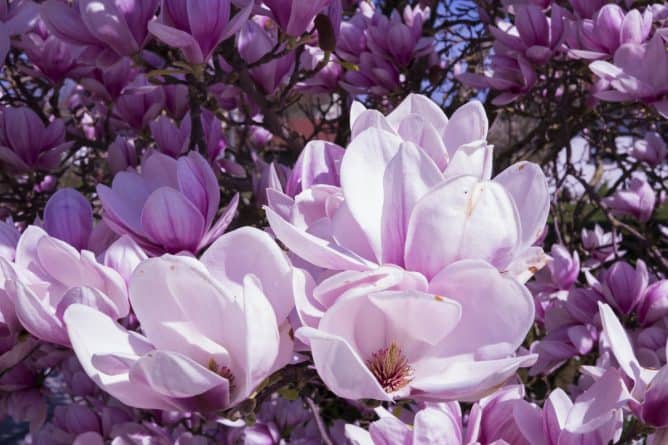 The magnolia flower has many meanings but they all seem to revolve around the majesty of the tree and the beauty, purity and elegance of the flower. Now that you know a little more about its meaning, origin and history, we hope we have satisfied your curiosity about the magnolia and its splendid beauty.