The Peony flower means different things depending on the place and the time. It is a really beautiful flower that has been part of Eastern and Western culture, expressing totally opposite messages.

Also depending on their color, peonies vary in meaning, so before giving a Peony we recommend you continue reading this article. 😉 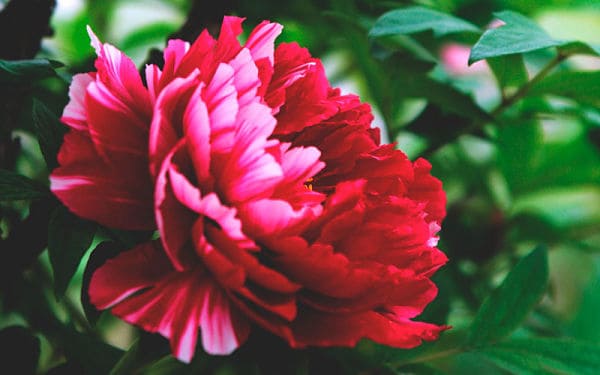 Before we start with the meanings, let's learn to distinguish it. The Peony, better known as Mudán in China. It is an evergreen shrub scientifically qualified as Paeonia suffruticosa. It was first described in the Qin Lin Mountains (秦岭) in western China.

The plant is a small shrub, whose fluffy, brightly colored flowers bloom in May, immediately drawing attention for its exquisite beauty. However, in the eastern regions, the most important thing about this shrub are its roots, which are used for its pharmaceutical properties.

Peonies have some varieties of similar species. As the Peony Lactiflora and the Hybrid Peony. These last two are differentiated by a late flowering, and that their stems are not woody but herbaceous. 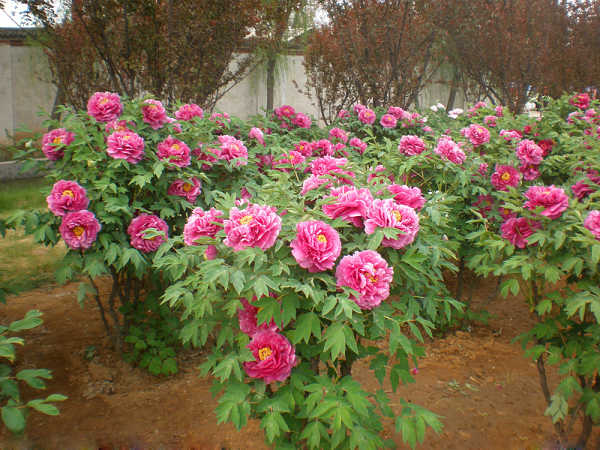 Let us remember that the language of flowers it starts in Japan, although it was later popularized in Europe during Victorian times. With the Peonies a curious phenomenon occurs, and that is that its meaning in the East changes a lot in the West, due to the Greek myths that were incorporated into the cultural baggage of the Peony.

In Asia Peonies are known as Mudan (whose exact translation would be: More beautiful), the name they gave it in China.

During 600 the Chinese Emperor Suiyang ordered the planting of Peonies in one of his royal gardens, the Xi Yuan (西苑), and it was the first time that a space was dedicated to this flower in such an honorable place.

During the Tang Dynasty, the Empress Wu zetian Let's say that he made the cultivation of Peonies fashionable, since it was his favorite, and he appreciated finding it in the capital.

This is how the Peony is known in China as "The King of Flowers”And also the flower of good fortune, honor and national beauty.

That is why in Japan, the language of flowers, declares the Peony as a symbol of happiness, luck, fortune and prosperity.

It is the oriental equivalent of the Rose in our culture, having great artistic and written works dedicated exclusively to this flower during several dynasties. 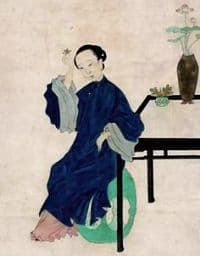 Feng Shui is an ancient Chinese art, based on the cosmogony of the universe, seeking the physical and spiritual well-being of man in space.

Therefore, it makes a lot of sense that Peonies are part of this art.

Peonies are used primarily as a decorative element when suffering from a love grief. Usually if there is a breakup, a romantic disappointment or a forced separation.

Its petals in pastel tones they calm the spirit and the ailments of the heart.

It is also considered a refreshing and lush plant in the darkest tones, so they help to impregnate the home with fertilizing energies, these energies help in case of wanting a pregnancy, a job promotion, commercial success, student learning, etc.

Peony meaning in the West

With the opening of the Silk Road, the artistic works of the Peonies immediately caught the attention of the Japanese, who were the first to cultivate it outside of China, but at the same time the artistic works related to this plant began to reach Europe. .

At first they thought that these works were only imaginary and a mere idealization of the beauty of other flowers.

When the Europeans finally have real contact with the Peonies; expeditions began to bring them to their countries. This is how the expansion of these flowers to the West began in England, Holland, France, Germany and Denmark, which in time reached the United States and Canada.

Its meaning is quite different in the West due to the myths created by the Greeks around this flower. Very similar to what happens with the Narcissus flower;

It is said that the name Peonia, comes from Paeon an apprentice of the God of Medicine Asclepius; who was transformed by Zeus into this flower, when he provoked the wrath of his teacher for possessing more talent than him for medicine.

There is also a Greek myth that flirtatious nymphs hid their nakedness by running behind the bushes of Peonias, to avoid the prying eyes of men. That is why it is said that beauty is hidden in Peonies, and the flower is associated with shame and shyness. 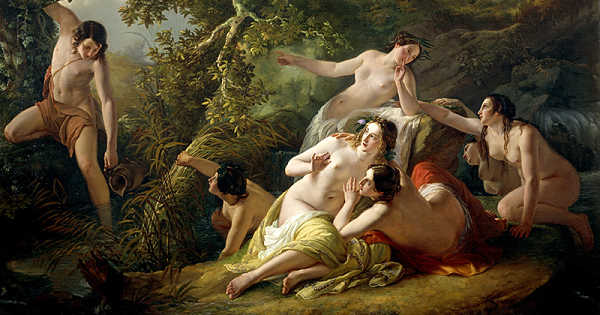 In Victorian times then, Peonies continued the meaning of beauty, but became more famous for expressing embarrassment, shyness, or resentment.

In the Middle Ages on the other hand, it was believed that bad-tempered fairies could attack you by digging up Peony bushes. This made later it is considered very unlucky to pluck peony plants or flowers.

In black and white magic Peony seeds are used to protect newborn children from the evil eye; that is to say, the negative energies that people envy.

These are called Huayruro, and there are two types: The female is all red, and the smaller male is red with a black part. 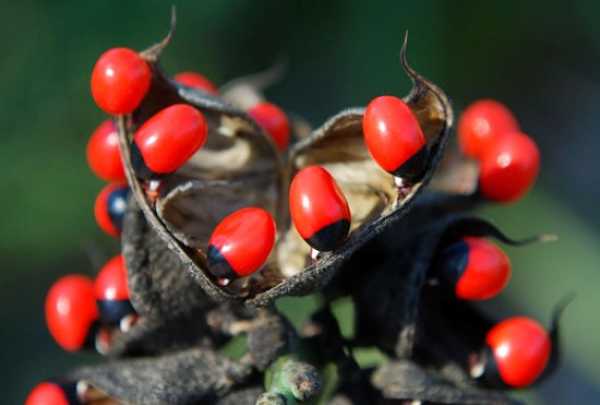 They are usually set in silver or string, and are worn on a black string together with a jet stone. Together they form a protective amulet for children that is usually placed on a little foot.

Although it is also said attracts abundance and prosperity to adults, when worn on a bracelet or inside a purse.

Meaning of Peonies according to their color

There is a great variety of Peonies, although their colors always remain around the reddish range, with a difference in shades. This also reflects slight changes in their meanings. Keep this in mind if you want to give a Peony to a loved one. 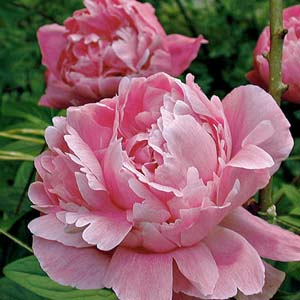 Pink peonies are often a favorite alongside white peonies for flower arrangements at weddings. Symbolizes the beauty of marriage union.

Although it is also related to the love at first sight, and the rapture between two strangers.

It is the symbol of the power that beauty has in itself and how it can dominate the attention of any person, the most sensitive being those who appreciate beauty.

Giving pink peonies is a clear sign of appreciation for physical beauty that you can not find comparison to. 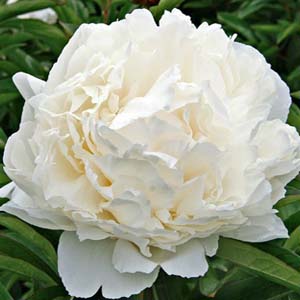 White peonies are those that are directly associated with the shyness and embarrassment.

They are ideal to give to a person if you feel embarrassed, or if you have made them feel ashamed. It also communicates regret or apology for an embarrassing event.

It also serves to express shy love or innocent flirting.

Meaning of the Red Peony 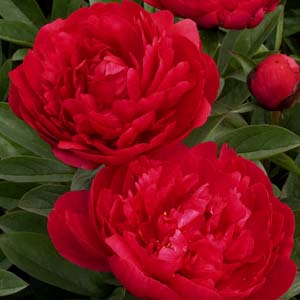 In China the color red is one of the most important along with gold, it is the color that only the emperors and their family used. Red peony flowers signify wealth, prosperity, honor and respect at least in the eastern regions.

In the West, red is associated with love and passion, however the meaning of the red peony is more linked to shocking or unattainable beauty.

What do purple peonies mean 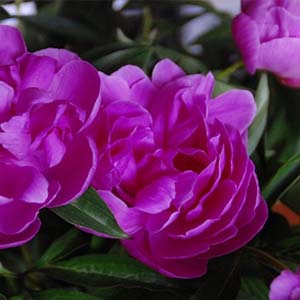 Peonies with lilac, violet or purple hues are directly related to the Paeon myth. It denotes the envy of Asclepius, the Wrath of Zeus, and the disgrace of Paeon.

Depending on the interpretation you give it, it can be a kind of insult or a compassionate tribute.

After all, Paeon only proved more competent, and it wasn't his fault that it sparked the capricious misconduct of the Gods.

Video of the meaning of Peonies

Below we leave you this video of the oriental meaning of Peonies, you will see that it expands much more the history that we have described in this post so that you can see that this plant is more important than we have imagined and that is why it is used so much.

If you liked this post, we invite you to find the meaning of the flowers that you like the most whenever you want here. Do not miss it.