Azalea flowers come from a perennial shrub, and like all flowers, it keeps with it a special meaning in the language of flowers.

Learn here its origin, the stories related to the azalea flower and its most popular meanings.

Characteristics of the azalea

There are more than 10,000 varieties of azalea flowersTherefore, many people often confuse them with other flowers or are not sure if the flower they are looking at is really an azalea.

So we consider it important to describe your general characteristics, before you look for its meaning. 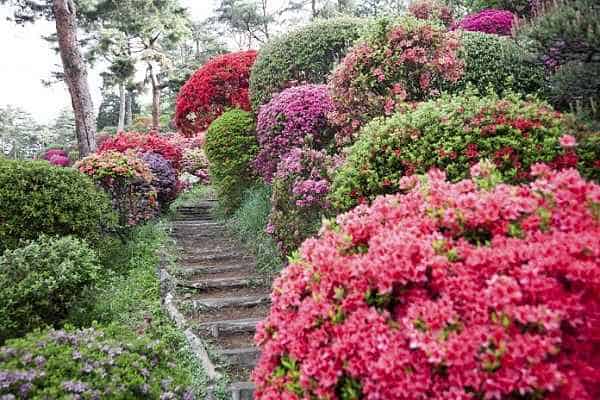 The plant belongs to the Ericaceae family, the bush blooms in spring, imitating a large cluster of bells with delicate petals. Most have a red or white color, although there are also many in pinkish tones. Most collect sweet nectar in the center, while others are poisonous.

A very interesting characteristic of the plant is that its green foliage almost all year round, turns purple when winter arrives. To grow it requires a lot of water and be well exposed to sunlight.

Origin of the azaleas

Before explaining the meaning of the azalea flowers, we consider it important to tell you a little about their history, from which their symbols were later derived.

The azalea flowers have been very coveted in ancient times for sweet nectar that accumulate some of its varieties. This was used to sweeten or as a simple snack.

One of the first records that are had of these flowers, dates from the time of the Roman Empire. Where Pliny the Elder describes the intoxication that some Roman soldiers received from ingesting the nectar of poisonous azaleas.

Later in history, various cases of poisoning can be found from the consumption of azalea flowers.

One of the most famous was the wife of a magistrate in the reign of Chair Seondeok. That she received the flower from a local farmer who, in love with her, gave it to her along with a poem. (Supposedly the first flower poem).

Around the 7th century the Azaleas were marketed from Asia to Europe, since the Erupeans were delighted with their bonsai and gardens full of their bushes.

In principle they were grown in a greenhouse. But his great demand in the market it gave rise to the hybridization of the plant so that it survived the European conditions. 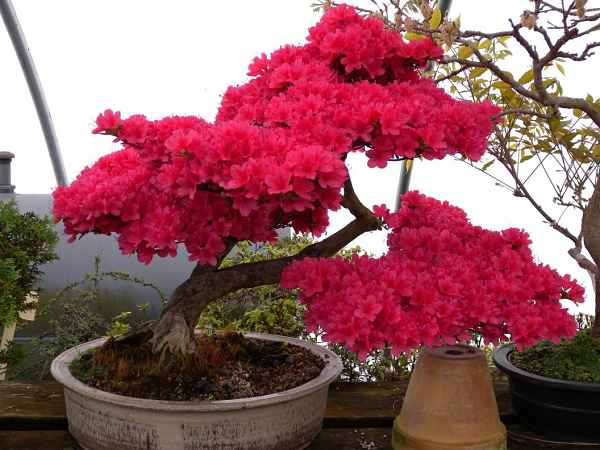 Since then the Azaleas are very popular shrubs in the gardens of the european and asian continent. Although not so popular in America.

Meaning of the azalea flower

In general it refers to the pregnant woman femininity, and at a mother's love. Its sweet nectar is compared to the fruit of a woman's womb.

It is a special offering for mothers and pregnant women. Although it also used to be included in letters to announce a pregnancy or birth.

During the Victorian era, azalea flowers were given to people who had to go through a difficult test, where luck played a big role. Therefore, it was also given as an offering to God to ask to be favored.

Today, experts on the meaning of flowers use the bouquets or decorations with azaleas in the home, study or office so that people are surrounded by success and good fortune.

They are generally used before an exam, an interview, or when looking to conceive a baby.

You have to be careful with azaleas, since those that are poisonous have a secret meaning.

They were usually delivered in a hypocritical way with the intention of poisoning the person who received them. In that sense the azalea means envy, revenge or jealousy.

Meaning of azaleas by color

Flowers are rarely used to convey negative messages. For example, Narcissuses are given to very superficial or conceited girls.

Or the yellow tulip to reject a declaration of love. In the case of azaleas of certain colors, the same also happens, since they are not always positive. Read here the meaning of each one before making a bouquet with azaleas.

Pink azaleas are the ones that carry the traditional meaning. It is the one that indicates femininity, childbirth, temperance, maternal love, and fertility.

Those with pastel shades also express delicacy, the arrival of puberty in young girls.

A man can gift this flower to a young girl in the hope of being his first love or committing her to him forever before another suitor gets ahead of him.

The most intense pink are perfect for give a woman who just found out about her pregnancy, or also for mothers who are about to give birth, as it brings them good luck and strength.

Contrary to what red usually means. In the case of the azalea it does not have to do with love or passion, but with the interest in asking for forgiveness or vindicating oneself before the opinion of a loved one or someone important.

If you have hurt someone without being that your intention, the azalea flower is the perfect symbol for request an apology.

Although it is not very well seen if the offense has been serious, since the Azalea would make it appear that your error was not so big, which would offend that person even more.

On the other hand, red azaleas were also used as decorative elements to celebrate the arrival of the menstrual period or the loss of virginity.

If you want to send an insult, yellow azaleas are the best way to do it. Although today it would be a bit strange.

During the flower message boom, offended women used to hit with a yellow azalea to people who had disrespected them, or had spoken badly of them behind their backs.

Unfortunately the yellow azalea is a symbol of hypocrisy, falsehood, lies and insults. Avoid giving them away to the people you love.

Young men often give it to their fleeting sweethearts. In a clarification of appreciation without responsibilities.

For her to understand that he was not a prospective husband but a free soul who only offered her a passionate experience.

If the parents of a girl from a good family found out that the girl had received a white azalea, was cause for concern. Since the girl had probably given her virginity to a ladyboy.