More than a flower when we talk about poppies we mean a type of flowers, that is, the same genus of plants: the papaveráceas. Found in four of the five continents, it consists of more than 700 different varieties … Although here we will only talk about the 3 most important varieties and about the poppy flower meaning. 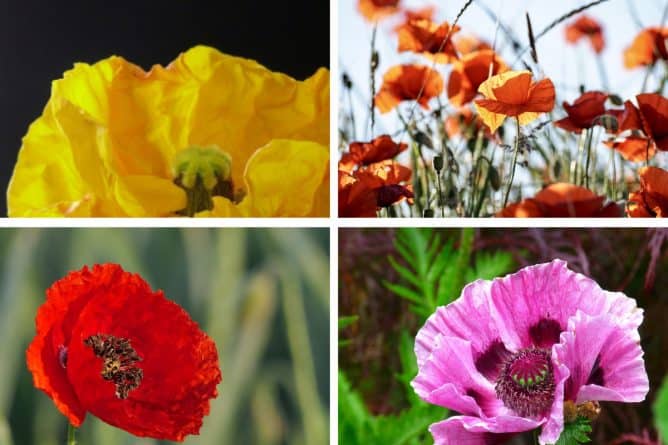 Among the best known are the red poppy flower or Papaver rhoeas, the yellow poppy flower or Meconopsis cambrica and the white poppy flower, also known as the opium poppy or Papaver somniferum. It is important to differentiate them because each one has different uses and different meanings. Let’s see where these differences lie: 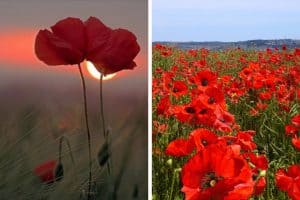 Common in Spain but present throughout Europe, Asia and North Africa, it is a plant closely linked to human activity, specifically to the cereal plantation. The flower is slightly poisonous, although it loses its effect after cooking. It has a rich flavor similar to spinach, but it has sedative effects, so its consumption has decreased. Its seeds are highly used in pastries or as a condiment. 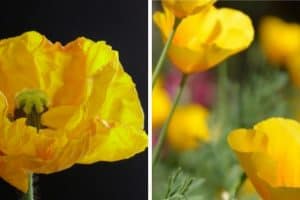 The most popular are the yellow California poppies. These, although they grow naturally also are used ornamentally for its brightly colored flower. However, there is another yellow poppy native to Cantabria (Spain) but it is much rarer to see and its collection is prohibited.

♥ TIP: If you are interested in learning about flower therapy with the 38 Bach Flowers, you can’t miss this complete guide 👈. 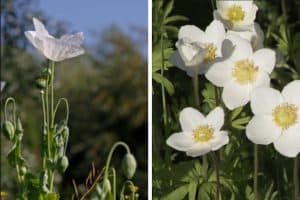 Although it is important to know that the color of the poppy flower does not determine the type, the white ones are recognized as real poppies or the poppy, since It is used to extract opium, among other substances. Above all it is cultivated in countries like Afghanistan or India.

The poppy in ancient times

The history of the poppy goes back to Mesopotamia (4000-3000 BC), since the Sumerians cultivated a type of poppy to extract Opium; it was given the Sumerian name of “gil”, which means joy and happiness. It is then described in The Ebers Papyrus (1600-1500 BC) and in the works of Hippocrates (463-377 BC) for its medicinal values.

Where there are poppies there is movement

One of the most outstanding characteristics of the poppy is its need for nitrate in the soil, and that is only grows on soils that have been removed. That is why you will never find her in a long forgotten field, or in a forest.

Loved by some, hated by others

This very closeness to human activity is not always welcome. For cereal farmers it is a weed, since competes aggressively with other grains, and steals nutrients from the soil, generating losses. However, its beauty attracts tourists who fill its Instagram with red every spring.

For these and other reasons the meaning of the poppy flower not only depends the type or color but often the context in which it is found. Let’s see, then, how circumstances give a different character and how each culture adds touches of meaning to this beautiful flower. 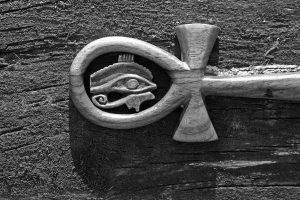 In ancient Egypt this flower denoted beauty and youthYes, but it was also used as a medicine for infections or to stop crying in children. In addition, they used to leave large bouquets of poppies on top of the tomb of the pharaohs to help them in the other world. 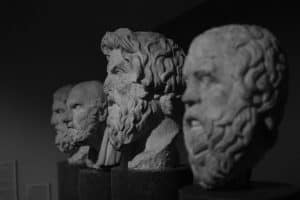 It turns out as interesting as the poppy crowned the head of Morpheus in the descriptions that remain of this God of sleep. In fact, it is for this very reason that the pharmacist Fredrich Wilheim gave the name Morphine to the powerful drug marketed in 1817. 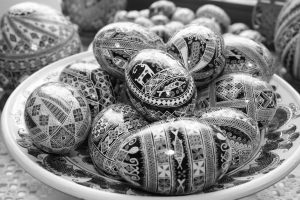 The red poppy has always been part of the culture in Ukraine due to its strong presence in fields and landscapes. This has resulted in beautiful embroidery typical of certain garments worn by young women in that country. Subsequently, it has become a symbol very important as it remembers the end from the war against Nazism.

The poppy the flower of peace 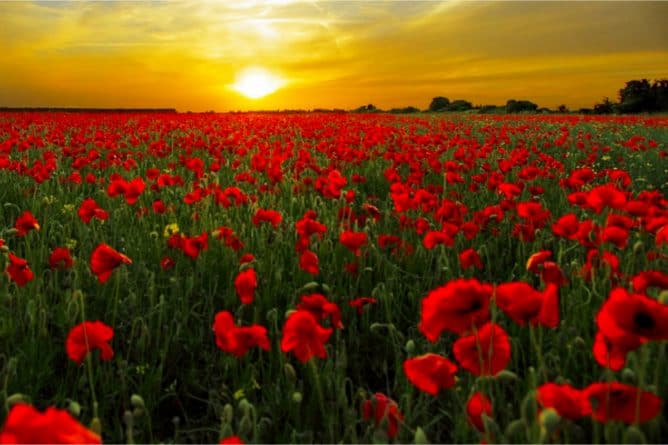 This relationship between the poppy and war is not accidental: in the First World War it was very common to see it grow poppies in no man’s landThis space that was neither of one side nor of the other but that was stepped on every so often was perfect for its outbreak. For this same reason it is considered the flower of peace.

What is the poppy flower for 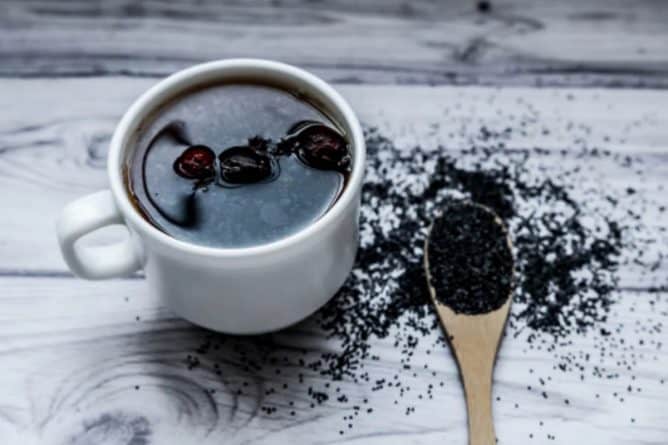 Although the royal poppy is used mainly to extract opium and its derivatives such as morphine and heroin, likewise the red poppy is currently used: in Spain, for example, its seed is used in desserts, for decoration (although it has very mild narcotic properties). On the other hand, in Africa it is tea with flower.

The characteristics of the poppy flower are: 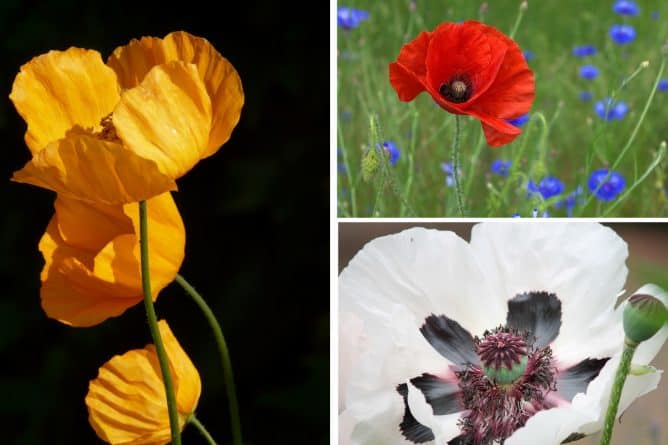 As you may have noticed, there is no single meaning for poppy. Rather she continues to evoke different values ​​every time she blooms and gives us her beauty. However, now that you know her a little more, will you let her surprise you or will you go looking for her next spring?

Video of the meaning of the Poppy

If you have been wanting to know more about the Poppy, do not worry, in this video that we leave you here you will be able to learn much more about it and solve any doubts that may have remained.

Do you want more? Don’t miss our websites of meanings!